The official commencement of the 2019 season is only days away, and we have been enjoying some much-needed snowfall that has provided the mountain with a solid base. Throughout yesterday, Niseko received 18cm of quality snow bringing the week’s total to just over half a metre and has coated the village in a beautiful white blanket. The opening weekend has been delayed,with the sun expected to show its face over the weekend, (possibly for the last time in months) which will provide arriving guests with a spectacular view of Mt. Yotei. Niseko locals have been making the most of the snowfall, getting out on the hill before the lifts begin spinning. Shin Doi from Hokkaido Backcountry Club, and local photographer Chad Clark from Sea And Summit Photography, hiked up Niseko Village ski resort last weekend and got these shots. The pair spent the morning hiking up the resort through knee-deep powder so that they could get their early-season powder fix with some fresh untouched lines. The nearby resort of Nakayama Toge was officially opened for the season last weekend, with Rusutsu  opening this weekend with Niseko, and Kiroro opening later next week. As the cold weather moves further south, so will the snow giving Honshu based resorts, including Hakuba, a taste of winter. 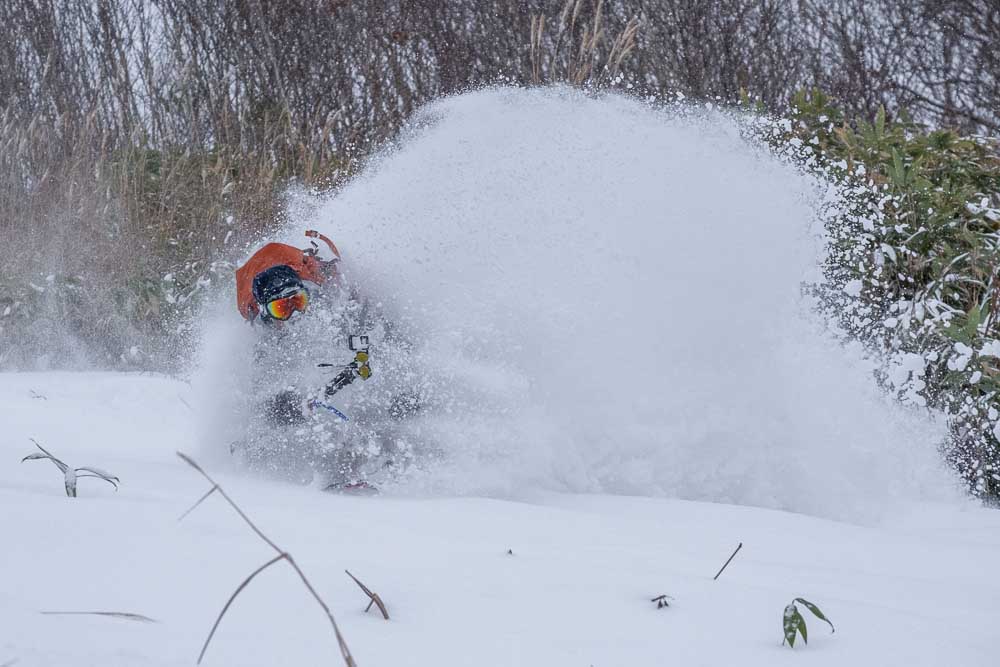